I am so very tired this morning.  So much seemed to happen last night.  (And this is going to take forever to write if this laptop keeps stopping of seemingly indefinite periods of time to do whatever it is doing.  Honestly!)  So I apologize for the oddness of the post (if it does get odd.  It may not.)  I talked with both my parents last night.  The bad thing happened while I was FaceTiming with Dad.  The kids all went outside and I followed because it seemed like they were going to chase something.  They apparently spooked whatever it was and proceeded to sniff around.  Then Moose relieved himself.  Right into a ground bee’s nest.  He came flying at me and I got all the bees off save one.  Then Stella managed to drop her ball in the nest.  Right in the hole.  So she comes flying at me.  I get all the bees off her but maybe two.  Once everyone is in the house (Essie for once remained bee free) I got rid of the remaining bees on them (I was able to shoo them back outside toward the nest) I went out and rescued Stella’s ball with a rake.  The door remained shut for the rest of the evening.

Moose has one or two stings and I think the same for Stella.  It is hard to tell with her due to her coloring.  You can see raised spots on Moose.  I gave both allergy meds to be safe.  Neither had been stung before and were acting a bit lethargic.  Paranoid as I am I wasn’t sure if that was due to playing or bees.  This morning everyone seems to be ok (pardon the unintentional pun).  I don’t think Stella liked the groggy effects of the medicine.  She kept randomly barking all night.

I did take a few photos yesterday (I found some awesome rocks) that I will share.  I need to wrap up as I have to go to work.  I hope everyone has a great day! 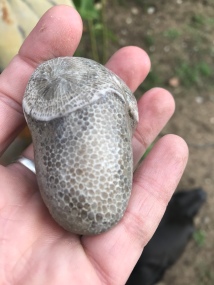 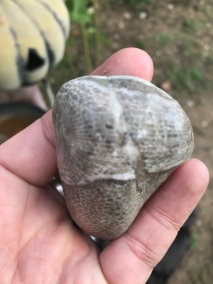 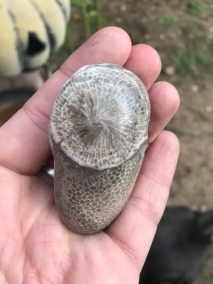 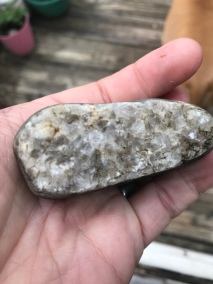 This has quartz in the center 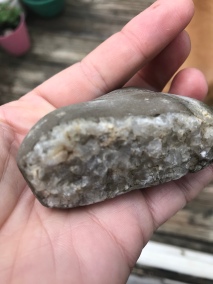 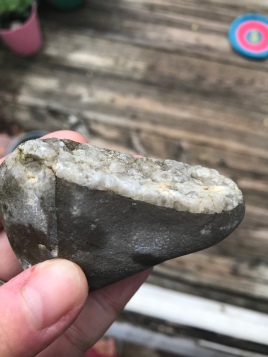 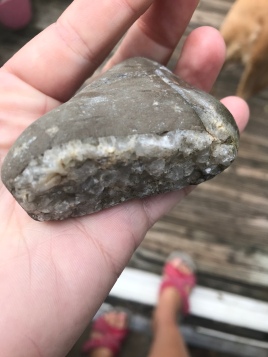 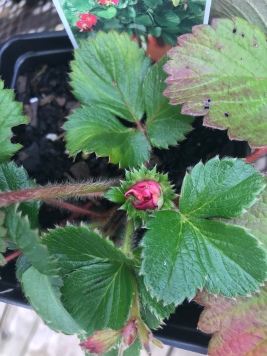 A flower on my strawberry plant! 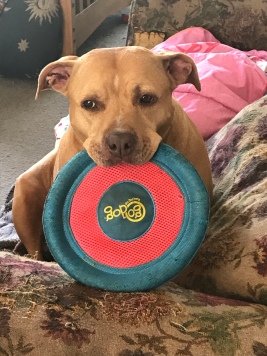 Essie before the bee incident 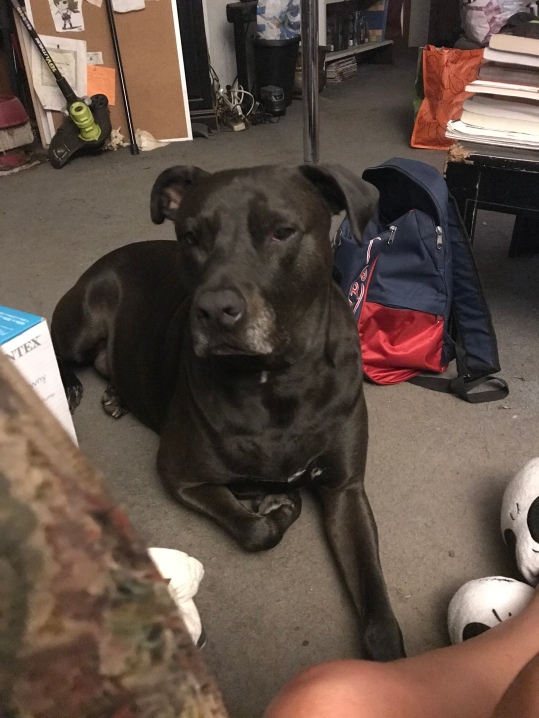 Moose before the bee incident 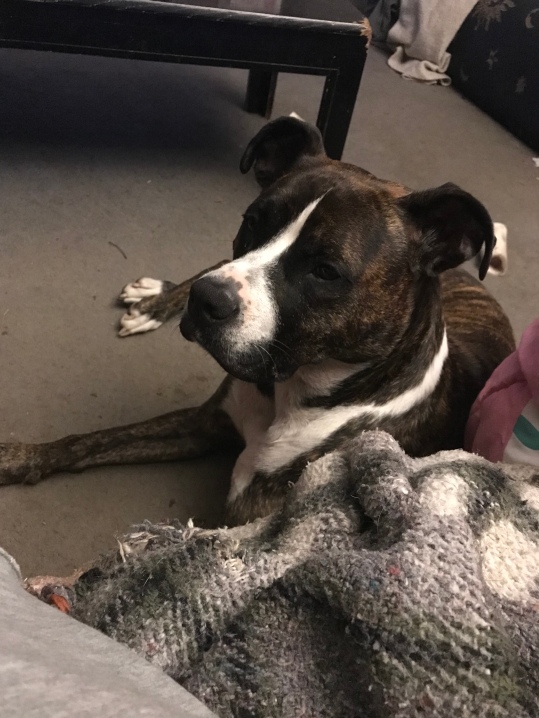 Stella before the bee incident

1 thought on “No More Bees Please”