I apologize for not doing another blog yesterday after work.  I just wasn’t up to it.  I am really wiped out right now.  I’m having problems hearing correctly out of my left ear.  It still aches.  I don’t feel good (please not another cold) to boot.  Stella is on my lap, Essie behind me and Moose on the right side of me.  I think I am gonna call either today or tomorrow and tell him I’m not going to be there for Sunday’s test.  I will still do the stuff online (I was very good at work and continued reading the course book even though I’d already decided not to go) and see how far I get.  If I do the written maybe I will try at a later date to do the testing.  It’s just not happening tomorrow.

In dealing with this I have had to put off things that I needed to be doing or get done so that has ratcheted up the stress.  So I took the afternoon for myself (mostly) and went to bed early (well earlier than the past week).  I actually feel worse than when I went to bed.  And I slept hard last night too.  Ok, here goes… back to Thursday night’s class.

I wasn’t feeling all that motivated to do class as I pulled up to the shop.  It wasn’t fun anymore and I just didn’t want to do it.  But I wanted to try one more time.  I walked in and we looked for a mask for me (mask, not goggles; fins not flippers lol).  The shop owner lent me a pair of his to try out for the night.  I have a small head (which I know those near and dear to me would argue otherwise some days) so it was difficult to find me any that fit and seal on my face.  He said I could try his out  and if they worked great but if they didn’t I wouldn’t be out the money (did I mention how awesome these people were?).

As I got my gear together I asked one of the guys for a ride.  I knew that if I drove I wouldn’t go or I’d leave before class was done.  If someone else drove I’d have to atleast try.  And try I did.  Things were actually coming together for me.  I got my fins on and off a lot easier than I had the rest of the week.  Putting my gear together and breaking it down when we were done was getting easier.  I wasn’t excited about some of the new drills we were going to learn but I was still going to try.

We get in the water and get the run down for the evening.  I’m a bit anxious as we go under to sit on the bottom (I think maybe 7-10 feet of water) but I’m proud of myself.  Not only do I manage to sit my butt down on the bottom I also manage to do it so that I don’t kick up any sediment so all around me is clear.  Then it happens.  I was equalizing my ears as I went down and things seemed to go well.  I sat there waiting for my turn in the drills it felt like an ice pick was being driven thru my left ear.  Brought tears to my eyes.  So I’m holding my hand to my ear trying to ease the pain as well as trying to get it to pop.  No yawning, no jaw movement, no holding my nose and gently blowing.  Nothing works.  So I signal the problem and he sends me to the surface.  I practice my drills in the shallows for the rest of the class essentially.  I tried sitting on the bottom in the shallows (maybe 4-5 feet) and even then it hurt.  The drive back to the shop hurt as well as the roads here a lot of the time cause your ears to pop.  I spent a lot of time holding my ear and trying to get it to pop.

After everyone else (there is one other guy who stayed out with me because he wore a 3mm suit instead of the 7mm that we’d been wearing all week and was too cold to dive (don’t think that he was being a wuss either.  If you dive could and are shivering you are using up more oxygen and you lose focus.  On a dive that can kill you.) came back in we broke down our gear and back to the shop.  Our instructor asked me how my mask worked out for me.  I told him it was good but my problem was getting it to seal again after I had taken it off in the water.  I couldn’t get it tucked back under my hood on the top.  He told me his wife had a similar problem.  What she had to do was when she bought a new hood she had to actually cut away part of it because it came in too close on her face.  So if and when I get my own gear that will probably be something I need to do.     One of the guys ordered us pizza (the 8th basic food group) on the way back so we ate that and talked about what we did that night.  Once everyone was sated somewhat we moved on to the book work.  It went fairly quickly as we were already learning a lot of this from day one in the water.  It was how to deal with various emergencies under water.  There were a few new things like how to pull someone back to the boat or shore but most of it we already knew.  After that he gave us the low down for Sunday and testing.  There were four of us who needed to finish up online before Sunday and print up that test.  We would meet at 1pmish (our instructor was doing a very special favor for a friend and might run late) at the shop for the written test (yes another written test) then head to the water for the diving portion.  He also pointed out that there were only two of us that he would actually pass at this point in the water.  Everyone needed to work on stuff.  But if things didn’t work out we could take the test again another day.  He wants us to be safe and ready in the water.

After we broke for the night my instructor walked me to my car and we chatted about me.  He thought maybe I’d cleared my sinuses too well with the Sudafed and to try tea with honey and see if that helped.  Also Sunday his wife (who was a dive master herself) was going to come along to help me specifically.  The shop owner might be there as well to help out.  I was grateful for the support and said so.

And that is where we are.  This morning my ear feels partially block and very sore.  Bruised even.  I have no intention of trying to dive with it as it is right now.  So we wait and see.  I hope everyone has a great day!  Cheers! 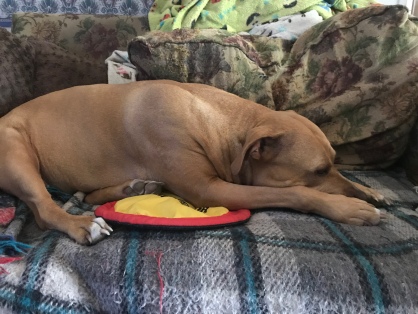 3 thoughts on “Unsinkable? I Think Not”