I always enjoy reading what others have to say before I start my own post.  We all have such individual ways of seeing things which helps others see as well.  Even if it’s not the same thing.  Someone might look at a certain situation differently than us because they have been through a trauma that puts a different spin on things for them.  So when they write about it we see things through their eyes instead of their own.  The next time we encounter a similar situation we will also see it different because we have been given a glimpse of life through someone else’s eyes.  I find I ask what people think a lot more when I am writing my fiction just because I use that as background for various characters.  Not necessarily that opinion but how they feel or how they express themselves makes their way into the characters.

I got a lot done that I needed to, or rather said I would.  I did the two book reviews on Amazon (I praised the books more than gave a summary because that was already provided), I got and installed the free 30day trial of WordPerfect and I did some more research on what to do with income etc for my writing.  I’m telling you this whole “professional writer” thing is a lot more complicated than it looks!  You don’t just write anymore.  You find someone who is willing to pay you to do that, pay for your own equipment, pay your own taxes (and some who don’t have working spouses have to pay medical as well), keep track of all your income and bills so that you can show it to Uncle Sam at the end of the year (or quarter if that is how you want to pay) and hope that you have enough set aside or that you made enough to get some back.  I’m trying not to feel overwhelmed but it’s hard not to be.  There is so much to do outside of the writing!  I worry about the whole tax thing because I don’t want Chris to have any issues at the end of the year because of my Grand Experiment.

It is another chilly and wet morning here.  The kids let me sleep in again (bless them) and are back to snoozing as I write this.  I don’t know what I plan to do today.  I had hoped to work out in the yard.  It is supposed to rain on and off all day.  Someone mentioned storms at one point.  I can hear the rain on the windows.  I had hoped to get the last of the chicken wire fence that it inside the new fencing up but I don’t know.  I’m still sniffling along.  I feel ok just worn out a lot.  Ahhhh.  As I typed that I noticed that the room got darker and looking up I see thick deep grey clouds moving in.  I think I will remain inside.  What little light was outside is rapidly diminishing.

We went to the anniversary party last night.  It was fun.  I knew three people there.  That was Chris and the happy couple.  Lol.  I did recognize some folks from my Younkers days but for the most part I just people watched.  I’m glad we went.  It got us both out of the house for a bit (and the skies have opened up!  Wow!) and I got to see friends that I hadn’t for a few years.

I guess I will wrap this up and maybe curl up with a book.  It’s that kind of day.  Thanks for reading!  Cheers! 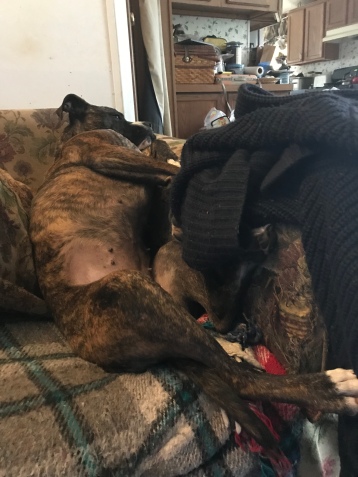 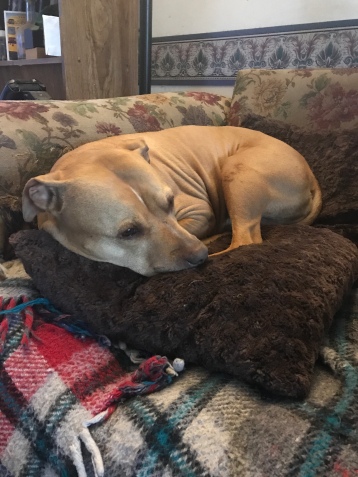 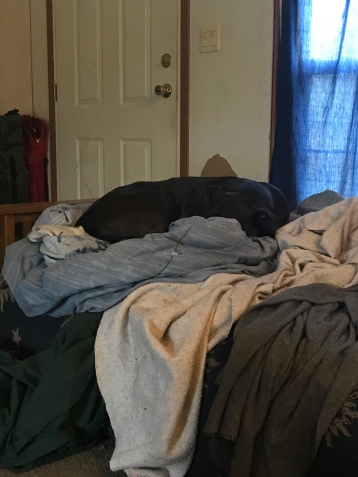