I feel a bit better today so I am guessing food poisoning.  Essie does not feel better.  I think she is upset because she stayed home yesterday with my husband and the other three dogs went running with me in the car.  She doesn’t like going in the car very much so I always give the option to stay if I am taking the kids for a ride.  She decided she wanted to stay and ever since I got home she has wanted my attention and to be by me.  If I give attention to another dog (especially Stella) she gets upset.  This morning she has to sleep on the couch instead of the loveseat because she was the last one in (she was being pigheaded because I threw Stella’s ball to get her out and just shooed Essie out the door… she’d left her toy in the now closed bedroom).  While she was ignoring me calling for her Moose and Stella took up all the space on the loveseat.  Sigh… doggie drama.  But I wouldn’t change them for the world!

It has been hard for everyone since Stella has arrived.  She’s smart but pigheaded.  Very loving but can be a shit.  My husband says that she is very much like her Momma.  I smile sweetly.   It has been hard to know what to do sometimes because I don’t know the amount of her abuse.  I am only guessing by physical signs.  The medicine I have been giving her to help with her hips and knees seem to be working.  I am hoping to put off surgery as long as possible.

Everyone always asks why I always seem to have more photos of the three Pitties and not a lot of Dante, he’s the big black one that is usually by himself in photos.  The other three tend to sleep together and play together more.  Essie is the oldest of the Pitties at 8 years.  Dante is 15 years old.  He has trouble moving around a lot of the time but will still grab a toy and go running around the house with it chasing after me when the spirit takes him.  Very rarely does he get up on furniture because he just can’t get up there anymore.  We have the bed on the floor so he can get on it if he wants to.  More often than not he is stretched out somewhere on the floor.

I don’t know what I would do without my kids.  I know I will only have them for a short while so I try to do my best for them.  They seem to do their best for me (even when they are being bad). 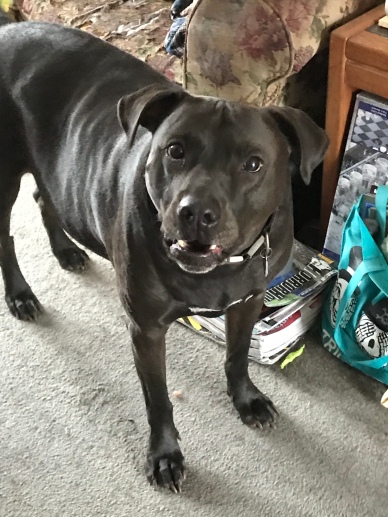 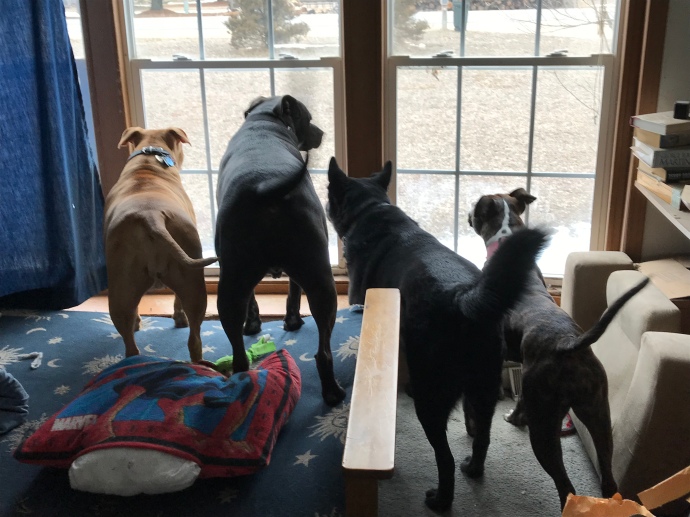 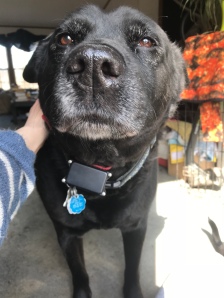 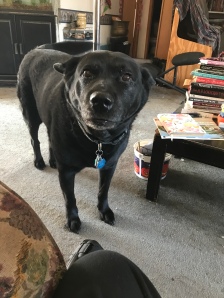